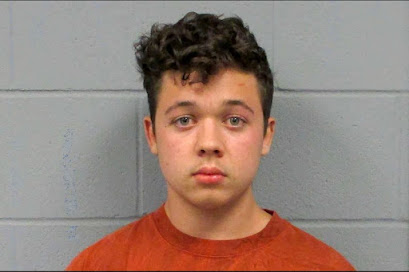 On August 25th, 2020 Kyle Rittenhouse had come from Antioch, Illinois to Kenosha, Wisconsin to help protect a friend’s business from the looting and rioting that had been taking place in the city. Armed with a Smith & Wesson M&P15 rifle, Rittenhouse had gone into the streets to keep rioters, and looters from trashing the city, and local businesses. In his own words he said moments before the shooting that he would run into harms way to help the citizens of Kenosha.
Moments after this Kyle Rittenhouse who was running in the streets, while not posing a threat to anyone, was attacked by a mob of protestors, or more fittingly looters, and rioters.
During the video you can watch as Rittenhouse is brought to the ground by one of the protestors, after this he points his gun at his attackers, seemingly warning them to back off. After they continue attacking him and even attempting to take his rifle, he then fires four times at his attacker who died not long after this. Rittenhouse then tripped while running from the protestors and was once again knocked to the ground, this time a man kicked him, Rittenhouse fired but missed. While on the ground, rioters approached Rittenhouse, with one man striking him with a skateboard while trying to take his rifle. Rittenhouse fired at him immediatly killing the man. After this, another man approached Rittenhouse while holding a handgun, Rittenhouse fired severing the man’s bicep.
I ask you after reading the accounts of this story does this sound like a murderer, or someone acting in self-defense after being attacked by a mob of rioters? It could be argued that he is still a criminal for posessing a weapon at 17 years of age, however to me it shows the danger of our times. It is a sad reflection of American society when men that young have to take up arms to protect our businesses, families, and cities.
Buy Free Kyle Rittenhouse Shirts here