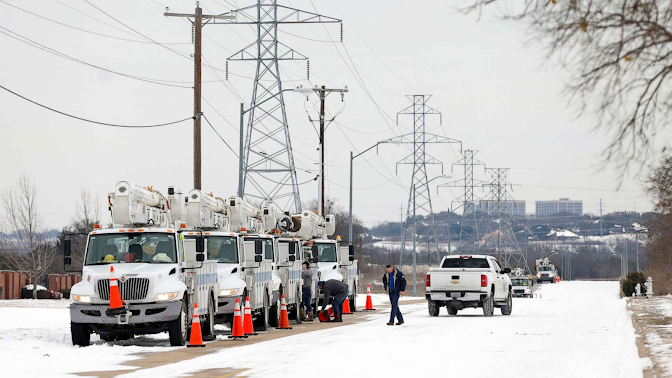 Well what’s going on folks, it’s been about 3 days and I finally have power back in my house here in Denton. We have to boil our water right now but other than that everything is great, aside from the bitter cold. What’s been disgusting is that through all of this that’s personally affected many families in Texas is that these evil leftists continue to push their propagada to Texas in more attempts to turn us blue and move us to all green energy. Let me break this down for you.

Now, I know a lot of people will speak out against me for going against green energy but that’s not what i’m here to talk about, in fact, I really couldn’t care less about green energy. However, I don’t think we should be shutting down important jobs in the name of this green renewable energy, ruining the economy in the name of less pollution won’t do anything good for the future generations as all these leftists keep saying. Especially now where light is being shed on the long term reliability of renewable energy solutions.

My main concern folks is that moving to all renewable energy in such a short amount of time, is that we’re creating more problems than fixing things. I’m not all against the wind turbines or anything, but if you know from what i’ve said about finance, diversify your assets. And I think that’s where the leftists could learn a little bit in the energy industry. Right now the leftists are pushing to just completely stop and remove all traditional energy sources. This is the wrong way of handling this issue that they are so determined to solve, this isn’t helping anybody in the present, and to be honest right now we’re proving this isn’t going to solve anything in the future.

In case you haven’t seen the wind turbines have been freezing up in texas which you know as well that traditional sources are also having issues, however the issue here is, wind turbines account for around 25% of Texas power my problem with the Biden Admin. plan for energy and all these other left wing propositions is that they are trying to implement massive changes to the power grid and the way we do things in too short of an amount of time, with little to no research on what could happen.

If we implement all renewable energy in a short time to replace all traditional sources the main problem will be is that sometimes, the wind turbines freeze, sometimes the sun doesn’t come out, and it’s good to have a backup plan. If we can diversify our power grid to have multiple ways of creating energy than we won’t run out, if we move to all renewable and have no other way of producing energy than this is killing people and creating more and more problems rather than solving their constant problem that they say is ending the world. Climate change i’ll have an article on soon.