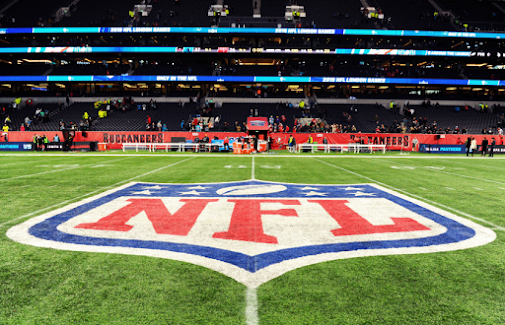 Well folks it’s about that time for sports here in the United States and I was excited. As you know with the fake democrat hoax that is COVID19 sports have been having trouble even playing games around the United States and through the world. But for me, covid is not the only thing that is preventing me from seeing some games, I have a very big issue with what’s going on in sports right now. That is folks the agenda being pushed by the media in sports, and not only by the media but by these sports players that are worshipped as gods at this point. Let’s talk about where a lot of this started.
In 2016 Colin Kaepernick was playing for the 49ers’ and he refused to stand for the National Anthem. Now I understand some people have a problem with America but really? sitting and kneeling for the National Anthem. What this tells me is that you have ZERO respect for the country and you don’t want to see reform in anything, you’re just an anti american scumbag who thinks America should burn to the ground, or you think that somehow America is inherently racist because you know nothing about history (America didn’t have the first slaves by the way!) Anyway let’s see what Colin Kaepernick has to say about it: “I am not going to stand up to show pride in a flag for a country that oppresses black people and people of color,” Kaepernick told NFL Media in an exclusive interview after the game. “To me, this is bigger than football and it would be selfish on my part to look the other way. There are bodies in the street and people getting paid leave and getting away with murder.” Obviously you can see here how ignorant this moron Is, he is as I said one of these brainwashed idiots who thinks that America is somehow inherently racist. Well Colin let’s look at what the real world says.
So first of all Colin says that the country oppresses black people, well Mr. Kaepernick i’d like to ask you, why do you think this when you had 8 years with a black president who gave the African-American communities everything they could want. Do your own research it’s not that hard, Barack Obama provided black Americans free phones, food, money, etc. Of course we can’t assume Kaepernick lives in the real world, because he doesn’t, he’s about on par with a hollywood actor as far as reality goes. Also i’m confused why Kaepernick hates white people when he was saved by them, In his wikipedia article it says that Kaepernick was abandoned by his black father, and actually ended up with a white father who did not leave him and also adopted two children. Seems to me like he had a pretty easy childhood after that going to schools and doing well with his grades and of course went on to become a great athlete.
I’m sorry folks for talking about this and taking basically a huge dump on sports, but folks this black lives matter nonsense that is being shoved down our throats in sports is ridiculous, I remember when i could watch sports without having a bunch of politics on screen, IT’S RIDICULOUS. Anyway I appreciate you reading this and I want to remind everyone I am going to be broadcasting very soon on my twitch page so please remember to spread this blog around the internet and to spread my broadcast link around. Thank you very much!
-SBG