VIDEO: Dallas woman dragged out of church, for not wearing a mask! 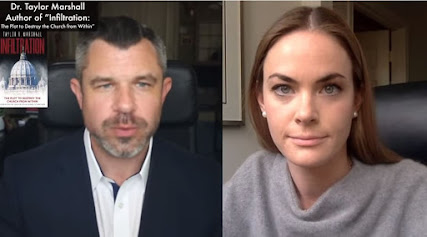 I hate to mention the catholic church in anything i write or say, considering how they historically have acted and how they act today. You might know that, unlike a lot of christians, the catholics believe in good works and faith. Which means you have to be a good goy and wear your mask. This news made my blood boil after seeing this happened in dallas, and to a pregnant woman.

Deirdre Hairston a young pregnant mother had gone to pray at Holy Trinity Church in Dallas for Holy Communion, and went maskless. She hadn’t thought the church required masks, and since Texas has no COVID-19 mask mandate, or orders of other sorts, she went into pray without a mask. Little to her knowledge the Pastor had already called the cops on her.

The police got there and told her she was tresspassing, she said she wasn’t, which i’d have to agree, she continued to pray and was almost dragged out, (clearly she cares more about spirituality than good works.) The officer threatened arrest, and meanwhile, the usher was wanting her to be written up with a ticket, or sent to jail! All over a piece of fabric.

I’ve linked the full video below, again it seems that the catholic church gets more crazy every month and year, it’s good to know though that they would rather punish people for not wearing fabric on their face that doesn’t do anything, rather than punishing their own staff that molest altar boys. Interesting!

3 thoughts on “VIDEO: Dallas woman dragged out of church, for not wearing a mask!”