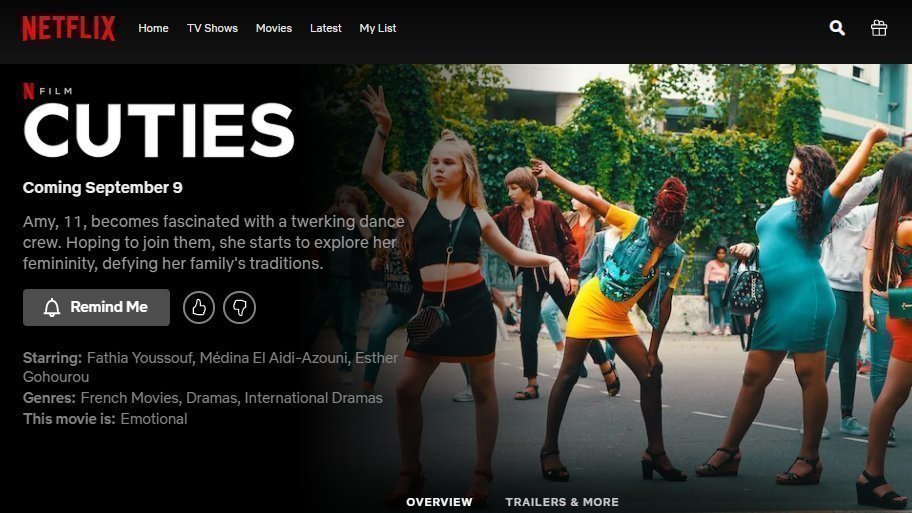 This week I was hanging around in several Discord chatrooms seeing what was going on in the world from other people on the internet. It had been brought to my attention a poster for a Netflix movie called “Cuties” I had no idea what it was so i decided to look it up after seeing the disgusting disturbing poster. Turns out it’s another left-wing child sexualising movie, which is praised as this great movie that is allowing a child to “explore her femininity.” Apparently, today we see twerking as pro feminine and, is something women should do. Twerking is a sexual act, and let me tell you something allowing a movie to be posted on the internet about children twerking is nothing more than some CP garbage flim and is no different from the children in bikinis on youtube, with the pedophile old men leaving sexual comments. So, why is this on netflix? Because today folks, you’re seeing America turn back into ancient Rome, where everyone goes around having anal sex with men, and children. It’s disgusting and these kids are being encouraged to explore who they really are sexually in the school system. LGBT lifestyles are not only promoted but shoved down the throats of every child today in the school system. LGBT is always sexualised and the LGBT organizations in my opinion that go into schools doing “Drag Queen Storytime” and whatever else are nothing more than predators getting they’re prey. And the government allows this garbage. Some of you may know about the controversy over Little Elm, Texas based company Crazy Pants. Which sells youth clothing that is some of the most slutty trash i’ve ever seen in my life. Now, it would be one thing to sell this demeaning garbage without models, but i have seen footage on the Mouthy Buddha Pedogate series of the owner of Crazy Pants having underage models doing fashion shows in front of older men mind you. Not only this but the site has underage models MODELING BRAS AND OTHER UNDERCLOTHING. This is no different from this movie, it’s simply softcore CP being allowed on the internet, and on your television. I personally will be not renewing my Netflix subscription just because of this, Netflix is willingly posting softcore CP on their site and trust me folks these damn companies know their demographics. It’s a bunch of 80 year old men jerking off to these little girls. I’m sorry, but Netflix should be SUED for this garbage.

The Farmer & The Cow – Proverbial Wisdom

2 thoughts on “Why The Netflix Film “CUTIES” SHOULDN’T EXIST!”